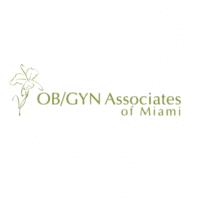 Ultrasound offers important information about a growing baby during pregnancy. This screening test can also identify possible issues occurring in your reproductive system that are causing symptoms, such as irregular bleeding or pelvic pain. At OB/GYN Associates of Miami in Miami, Florida, the practice provides in-house ultrasound for your convenience and quick evaluation. Call today to take advantage of the expert ultrasound services or book an appointment through the online tool.

What is an ultrasound?

An ultrasound uses sound waves to see images of your internal organs and other structures within your body. The test is painless and uses no radiation, so it’s safe for a growing baby and your long-term health.

Ultrasound involves no anesthesia, needles, or invasive techniques. To undergo the test, you change into a hospital gown and lie on an exam table. For a pelvic ultrasound, including prenatal ultrasounds, the technician rubs a gel on top of your pelvic region and abdomen. They glide a wand called a transducer over the area to be examined. This wand transmits images of your insides to a screen for analysis.

Some women have symptoms that require a transvaginal ultrasound. During this test, the technician inserts the sterilized wand vaginally to get a better image of your uterus and other reproductive organs.

How does an ultrasound work?

An ultrasound uses sound waves to build an image. When the transducer moves across your skin, it sends out sound waves that penetrate into your body. When these sound waves hit an object, such as a pelvic organ or fetus, they bounce back and send that information to a computer. The computer forms an image using that information.

Why would I need a gynecologic or obstetrics ultrasound?

Ultrasounds are a routine part of obstetrics care. The doctors at OB/GYN Associates of Miami use them to confirm pregnancy and monitor your baby’s growth. An ultrasound also identifies your baby’s gender and any possible health concerns. The practice offers 3D ultrasounds that give you an impressive, accurate image of your growing baby.

If you’re suffering from pelvic pain, irregular bleeding, amenorrhea (absence of periods), or unexplained bloating, an ultrasound can offer information to help with diagnosis.

The imaging test provides quality images of your:

Your symptoms determine which of these organs will be the focus of your ultrasound.

What symptoms may indicate the need for an ultrasound?

The doctors at OB/GYN Associates of Miami may recommend an ultrasound if they palpate something abnormal during a pelvic exam, such as a mass or extra tissue.

Other reasons you may need a pelvic ultrasound include:

The doctors may use an ultrasound to detect polycystic ovary syndrome, an ovarian cyst, a tumor, or uterine fibroids.

If you’re having symptoms and think you may require an ultrasound, call OBGYN Associates of Miami, or book an appointment online.